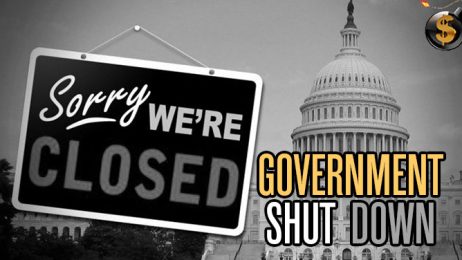 Here’s a closer look at the four longest government shutdowns, not including the current one, why they happened and the fallout from each.

It was the second standoff between the two, both over taxes, and came just a month after a five-day shutdown from Nov. 13-19. 2015.

Gingrich and other congressional Republicans wanted to reduce spending. Clinton refused to make the cuts they wanted. Gingrich then refused to raise the debt limit. The shutdown ended when the two sides agreed to a seven-year budget plan with some spending cuts and tax increases.

Polls gave Clinton the nod in this duel. His approval ratings rose and he was elected to a second term that fall. Many criticized Gingrich for his behavior during this time, especially when he complained about being forced to exit Air Force One from the back of the plane.

He saw these projects as wasteful spending. More critically, funding for the Department of Health, Education and Welfare was delayed because of a dispute involving Medicaid funding for abortion.

Carter succeeded in getting the projects he opposed stripped from legislation and the House and Senate passed a bill that expanded the exceptions to the Medicaid abortion ban to include rape and incest.

What happened: Republicans in Congress sought to delay or defund the Affordable Care Act, known as Obamacare, after failing in their efforts at outright repeal. They attempted to force President Barack Obama’s hand by approving a temporary measure that would fund the government but would cut funding to implement Obamacare.

What happened: This was the period when Democrats controlled both Houses of Congress and the White House. Still, the House and Senate could not agree on the exceptions to the ban on Medicaid funding for abortions.

The shutdown ended when a short-term funding bill was passed that allowed for more time for the two sides to negotiate. Republicans ended up benefiting politically because it was an intraparty fight among Democrats that had shuttered government.